Want to know a secret? Solid state drives can get hot. Very hot, actually. Super-fast M.2 drives in particular can generate quite a bit of heat, so sometimes, manufacturers will put heatsinks on them. Are these heat spreaders “snake oil” rather than something truly useful? Believe it ort not, no. Not only will a heatsink help the drive to last longer, but it can improve performance too. You see, when the drive gets hot, its read and write speeds can throttle down. By adding some metal to pull away some of the heat, your drive can perform better when under heavy load.

Today, ADATA launches its latest solid state drive, and it is a speed demon. Called “GAMMIX S70.” this NVMe PCIe Gen4x4 M.2 2280 SSD is being released under the company’s XPG brand, which is designed for gamers and enthusiasts. The drive is so insanely fast, that ADATA has put an absolutely massive heatsink on it. The company calls it “CoolArmor,” and it claims the “terraced” design will allow it to provide superior cooling. While I don’t doubt it will do a great job keeping heat at bay, I do worry that its huge heatsink may make it impossible to fit inside some computers — it could end up impeding the installation of other components, such as a GPU. You can, of course, forget about putting it into any laptop.

“With the advent of 5G networks and the ever-growing volume of data being processed, PCIe Gen4 is a critical upgrade that will bring storage devices to the next level. The GAMMIX S70 expands XPG’s Gen4 SSD series with a new option for discerning users seeking to harness the best that PCIe 4.0 can offer. Sporting blazing-fast read/write speeds of up to 7400/6400 MB per second. Users will have no doubt they have reached the pinnacle of SSD performance. In combination with NVMe 1.4 compatible, Dynamic SLC Caching, the S70 offers performance far superior to that of SATA and PCIe 3.0 SSDs,” explains ADATA. 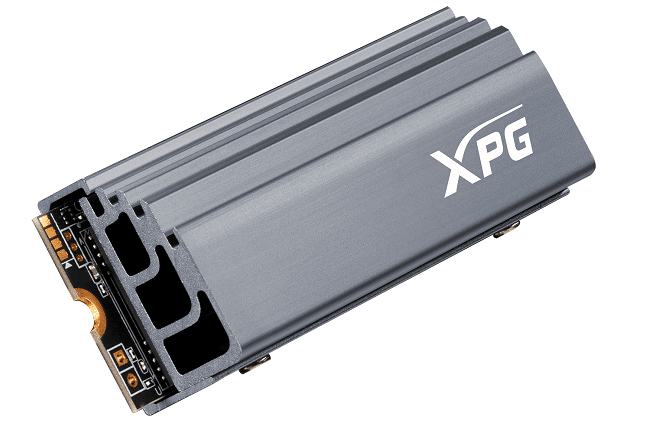 The company further says, “On top of its main performance parameters, the S70 supports LDPC error correcting code technology to detect and fix a more comprehensive range of data errors for more accurate data transmissions and a higher Total Bytes Written (TBW) rating. Also, with End-to-End (E2E) Data Protection and AES 256-bit Encryption, the S70 ensures data security and integrity. All of the components encased in the S70 have passed meticulous screening, testing, and certification to provide a reliability product of the highest quality. The S70 comes in 1TB and 2TB variants and is backed by a 5-year warranty.”

Unfortunately, the XPG GAMMIX S70 SSD does not seem to be available from any online retailers yet. However, it should be available here soon. Since ADATA has not yet shared pricing, we will have to wait to find out the cost. What we do know, however, is that it will be offered in two capacities — 1TB and 2TB.

Apps are getting more expensive in Brazil, Russia, India, and more

Star Wars: Squadrons is getting a Baby Yoda bobblehead