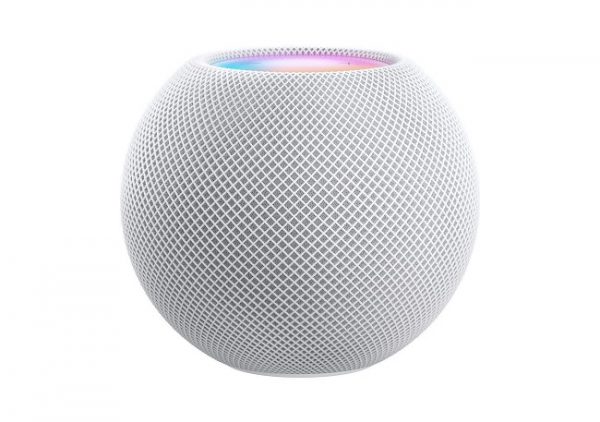 
Another Apple Event has come and gone, and this time, the iPhone 12 lineup was the star of the show. Those smartphones look great, and are even semi-affordable, starting at just $699. While I would like to see Apple start the pricing about $100 less, who can blame the company for charging what it does — people will undoubtedly buy them like mad regardless.

The new iPhone 12 devices were not the only new products announced, however. Apple also showed off a new smart speaker called HomePod mini. As the name implies, it is a smaller (3.3 inches tall, 3.9 inches wide) version of the existing HomePod, and it is more affordable too. Sadly, Siri is still rather dumb, and the spherical design is quite ugly. The device looks like a cheap candle or something. Meh, Apple could have done much better — the still-breathing Jony Ive must be rolling in his figurative grave.

“HomePod mini is designed to work with Apple Music, podcasts, radio stations from iHeartRadio, radio.com, and TuneIn, and in the coming months, popular music services including Pandora and Amazon Music. Multiple HomePod mini speakers work together to stream music or podcasts to multiple rooms, all in perfect sync. By placing two HomePod mini speakers in a single room, a stereo pair can be created for a wide soundstage, filling the space with rich, enveloping sound,” explains Apple.

The company further says, “To achieve big sound out of such a compact design, the Apple S5 chip in HomePod mini works with advanced software to analyze the unique characteristics of the music and apply complex tuning models to optimize loudness, adjust the dynamic range, and control the movement of the driver and passive radiators in real time. The Apple-engineered full-range driver, powered by a neodymium magnet and a pair of force-cancelling passive radiators, enables deep bass and crisp high frequencies.”

The Apple HomePod mini will be available next month, starting November 6, for $99. You will eventually be able to order it here in white or space grey. Should you buy it? Probably not. Look, Siri is the dumbest of all the smart assistants, and you’d be much better off with something from Amazon or Google. Hell, the Nest Audio is the same price while looking much nicer and being much smarter. Only the most hard hardcore (and brain-dead) Apple loyalists should bother.

Is this Amazon review bullshit?

Sense energy monitor review: Your patience will be rewarded with great insight into your home's electricity use

Madrona leads $4.9M round for Stratify, a new fintech startup that aims to automate budgeting

No iPhone 12 yet. So what will the September Apple event bring? – CNET