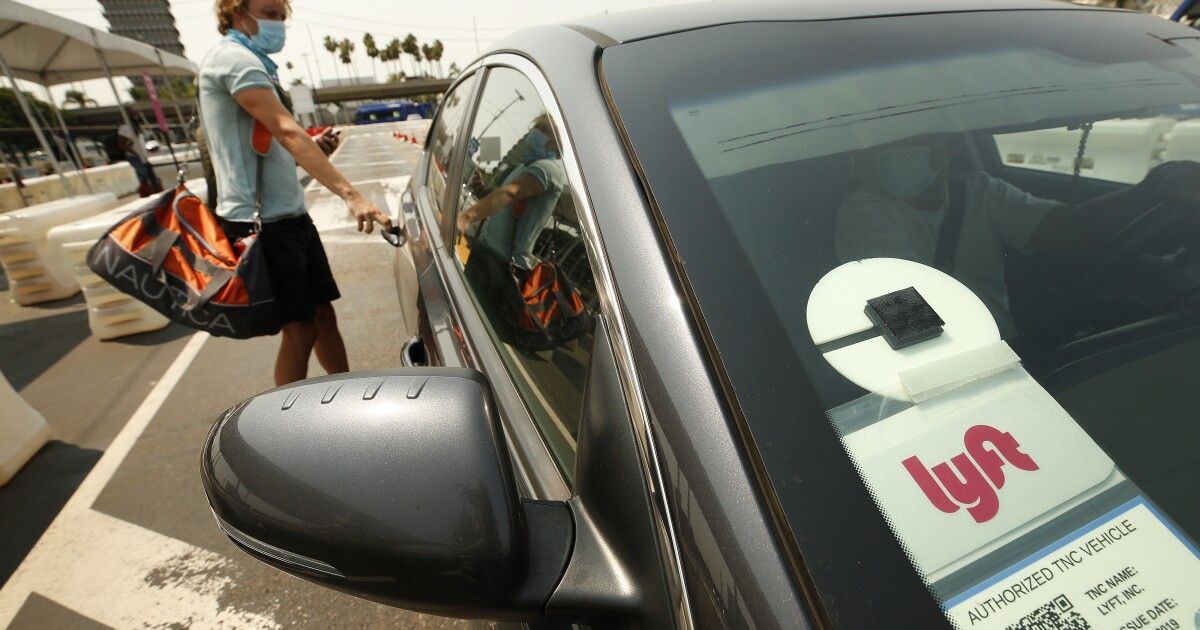 A handful of app-based drivers in California and one of the nation’s largest labor unions are taking to the courts to dispute Proposition 22, posing the first legal challenge to the state’s voter-approved law allowing gig companies to keep treating their workers as independent contractors.

The Service Employees International Union filed the lawsuit Tuesday with the state Supreme Court alongside drivers Hector Castellanos, Saori Okawa and Michael Robinson, as well as ride-hail-app user Joseph Delgado, the labor group said. The lawsuit argues that Proposition 22 unconstitutionally limits the power of California’s Legislature to govern, removing its abilities to grant workers the right to organize and give access to the state workers’ compensation program.

A writ calling on the California Supreme Court to hear the case alleges the language of the ballot measure “grossly deceived the voters, who were not told they were voting to prevent the Legislature from granting the drivers collective bargaining rights.”

Scott A. Kronland, an attorney representing the union and drivers, argues that Proposition 22 infringes on the California Constitution — which it does not have the authority to do, since it was introduced through the ballot measure process as a statutory initiative, rather than as a constitutional amendment.

“They overreached,” said Kronland, who works for the San Francisco law firm Altshuler Berzon. “The language of the California Constitution is very clear” on the powers allocated to elected officials, he said.

Proposition 22 was bankrolled by Uber, Lyft and other gig economy companies seeking a carve-out from a sweeping state labor law that required the companies to classify their large numbers of workers as employees instead of independent contractors. It became the most expensive ballot measure in U.S. history, and cruised to a victory with 58% of the vote.

The bold move allowed some of the world’s most recognizable gig platforms to dodge an overhaul of their business models in California, a huge market, and continue to rely on relatively cheap workers without offering the slate of benefits and protections afforded to employees.

Labor law experts say other states are looking at the California gig-work model. And although Proposition 22 mandated some new benefits for gig workers in California, the added cost to the companies may be creating a race among them to keep their user prices competitive in a way that workers worry might jeopardize their earnings. The pandemic has put a fresh spotlight on the law, with grocery shoppers and meal-delivery drivers recognized as front-line essential workers.

Uber, Lyft, DoorDash and Instacart — companies that funded Proposition 22 — declined to comment. They deferred to Kathy Fairbanks, a representative with a coalition called Protect App-Based Drivers & Services, which led the main pro-Proposition 22 campaign last year. In response to a request for comment, Fairbanks cited a statement by Jim Pyatt, an Uber driver living in Modesto.

“Voters across the political spectrum spoke loud and clear, passing Prop 22 in a landslide,” Pyatt said in the statement. “Meritless lawsuits that seek to undermine the clear democratic will of the people do not stand up to scrutiny in the courts.”

Most measures that appear on the ballot through a signature-gathering process in California inevitably face a legal challenge, said David McCuan, a political science professor at Sonoma State who studies California ballot measure campaigns.

California courts are often reluctant to overturn ballot measures as they don’t want to be seen as “thwarting the will of popular sentiment,” McCuan said. Still, he said it’s hard to say for sure what chance the lawsuit has at successfully overturning Proposition 22.

“The courts are especially likely to look at the measure more closely if it involves some attempt to alter the Constitution,” he said.

Robinson, one of the plaintiffs in the lawsuit, said at a news conference broadcast online Tuesday that independent contractor status leaves drivers like himself with “no savings, sick days, health insurance or unemployment during a pandemic.” He has worked for about five years as a driver for Lyft.

Bob Schoonover, president of SEIU Local 721 and the SEIU California State Council, called Proposition 22 “an unconstitutional attack on Californians’ rights that if left unchecked will grant permission to companies like Uber and Lyft to dismantle workers’ rights across the country.”

“We look forward to the court affirming that gig companies cannot strip workers of their fundamental right to bargain for better pay and working conditions — and that corporations alone should not dictate the laws in our state,” Schoonover said in a statement.

The California Supreme Court will need to decide whether to hear the case. If it decides not to hear it, the case would have to be refiled in a lower court and work its way up. There is no deadline for the Supreme Court to act on the petition. Attorneys arguing the case said at Tuesday’s news conference they expected to hear within a few weeks.