The AI Foundation, which ambitiously hopes to develop “ethical,” trainable AI agents to complete tasks, today closed a $17 million financing round.  A spokesperson said the proceeds will be used to scale the company’s platform that allows people to create personas mirroring their own.

As the pandemic makes virtual meetups a regular occurrence, the concept of personal AI — AI that’s tailored around one’s life or that replicates personalities — is rising to the fore. Startups creating virtual beings, or artificial people powered by AI, have raised more than $320 million in venture capital to date. As my colleague Dean Takahashi points out, these beings are a kind of precursor for the Metaverse — the universe of virtual worlds that are all interconnected, like in novels such as Snow Crash and Ready Player One. The AI Foundation among others (like Soul Machines, Brud, Wave, and Samsung-backed STAR Labs) intends to will the Metaverse into existence by pursuing new and existing machine learning techniques.

Established in 2017, the AI Foundation, which was founded by former EA vice president Lars Buttler and Rob Meadows, is a dual commercial and nonprofit enterprise with the stated mission of bringing “the power and protection of AI to everyone in the world so they can participate fully in the future.” At the center of this mission is the company’s proprietary “human-AI collaboration” platform, which brings together innovations from third-party research partners.

AI Foundation’s steering committee — the Global AI Council — has a mandate to anticipate and figure out how to counteract the negative effects of AI. One proposal that reached production is Reality Defender, a free tool that scans images, videos, and other media for known deepfakes and supports the reporting of suspected fakes. Underlining the deepfakes threat, Amsterdam-based cybersecurity startup Deeptrace found 14,698 deepfake videos on the internet during its most recent tally in last June and July, up from 7,964 in December 2019.

Reality Defender runs content through AI-driven analysis techniques to detect signs of alteration or manipulation while the tool’s community of users flag false positives to retrain the underlying models. It also draws on the AI Foundation’s partnerships with content creators to establish an “honest AI” watermark that clearly identifies and calls out AI-generated “deepfakes.”

Reality Defender is the first of what the AI Foundation calls Guardian AI, a responsibility platform built around the idea that everyone should have personal AI agents working on their behalves. The goal is to devise protections against the current risks of AI and ultimately to build value for people as the nature of society changes as a result of AI.

To further its research, the AI Foundation recently partnered with a team at the Technical University of Munich’s (TUM) Visual Computing Lab to explore new media forgery detection and flagging techniques, leading to the publication of several papers and the release of a public data set that other researchers can build upon. Biz Stone, the cofounder of Twitter, joined the AI Foundation last May as director of its nonprofit 503(c) arm committed to releasing tools, tech, policy, and guidelines for shielding from — and mitigating — risk. 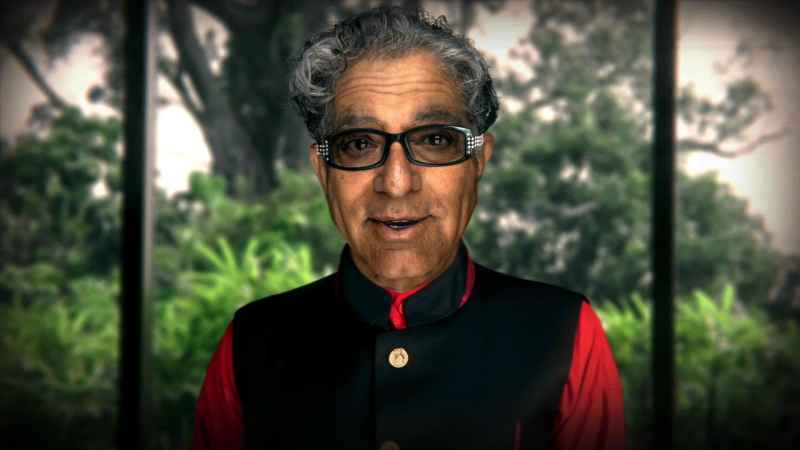 Late last year, the AI Foundation hinted at its broader ambitions with Digital Deepak, an AI assistant meant to help users achieve wellness and mindfulness milestones. Built and trained with the AI Foundation’s platform, Digital Deepak, which made its debut on the Tonight Show, more or less speaks like Indian-American author and alternative medicine advocate Deepak Chopra. “With Digital Deepak on our phones, we can all receive personalized advice from Dr. Chopra, ask questions on every aspect of well-being, and benefit from meditation, anywhere, at any time,” wrote the company in a press release. “The platform enables everyone to create their own AIs; extensions of the owners that look, sound, and think like them without replacing their humanity … Individuals can fully realize their potential by using their AI to travel to billions of places at once, connect with millions of people, undertake continuous self-improvement, enjoy immersive entertainment, and craft their legacy in the world.”

The AI Foundation’s series B was raised in partnership with Mousse Partners, You & Mr. Jones, Founders Fund, Alpha Edison, and Stone. It brings the San Francisco-based company’s total raised to around $28 million following a $10.5 million series A in September 2018.

Sign up for Funding Weekly to start your week with VB’s top funding stories.

Ten years ago, tablet computers were marketed as the vanguard of the “post-PC” era, but traditional desktop and notebook PCs

Apple may now be the world’s largest or second-largest public company by market capitalization, but truly understanding the business requires

The DeanBeat: What we’ve learned about pandemic gaming

AT&T to lay off 600 at HBO and Warner Bros. after revenue decline

Essentials for Your New Home Office

Which Video Chat Platforms Are the Most Secure?

Something in the Air

14th May 2020 Kaitlyn Tiffany No Comments

AT&T to lay off 600 at HBO and Warner Bros. after revenue decline

New Kia Sonet SUV revealed in India: Here is everything you need to know